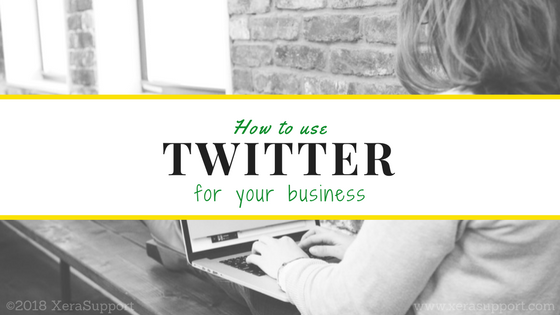 12 years ago in March, a new social media platform was born. Very different than Facebook, Twitter offers real-time updates in short text messages and images. Its fast-paced news feed offers organic conversation and a personal touch, while still getting your content in front of millions of eyeballs frequently. Twitter has become the main source of news while it’s happening for many people, including other media outlets. And it’s often the first method of communication between customers and businesses. So every business needs to know how to use Twitter effectively.

There are 330 million monthly users and counting.

It’s a rapidly growing social media platform, so knowing how to use Twitter is important for your business success. Do you know the difference between a tweet, a retweet, a favorite and a mention? There are lists and moments, direct mails and hashtags as well. Twitter has a unique spin on connecting with others online.

Obviously the first thing your business needs to do is set up a Twitter profile. You start by choosing a “handle”. This is not the name of your profile. That can be edited frequently. The handle cannot be changed. This is similar to choosing an email address. So you’ll want to pick something that is as close to your business name as you can get. And if you can’t get that, choose something that is as close to your personal name as possible instead. This way, it will be intuitive for your customers, readers and followers to find you on Twitter.

You can customize your profile similar to Facebook. You have both a profile photo and a cover image. Both are easily updated. But unlike Facebook, it isn’t important to have a personal photo here. You can use a branded image, such as your logo, or other graphics related to your business. You can even change these images frequently to reflect sales, new products or topics and anything else you want to highlight in your business. When you know how to use Twitter, you’ll get why frequent updates are a major part of Twitter’s style.

Communicating with your followers

When you post on Twitter, it’s called a “tweet”. Twitter used to only allow 140 characterIs (letters, numbers, symbols and spaces!), but they’ve since changed that to 280 characters. 280 characters lets you write approximately one paragraph, at most. Those characters include everything from your message, hashtags (more on those later), and links. Because you’re limited, you have to be extremely clear in what you want to say. There’s no room for being descriptive or wordy. To learn how to use Twitter effectively, you’re going to have to be bold and specific in your message.

A Twitter mention is when another Twitter user uses your handle in their tweet. Also known as a “shout-out”, mentions will tag you in the tweet, giving you a notification. Mentions are how you connect with your followers and other accounts. Sometimes a mention will be used to draw your attention to something – a problem in a link, a question your customer has, or maybe just to ask your opinion on something. Sometimes a mention will be used to reply to one of your tweets. Monitor your mentions if you want to know how to use Twitter. That’s how conversations start.

Direct Mail on Twitter is Twitter’s version of private messaging. Anyone can “DM” you, if your settings allow for that. These won’t be seen publicly. You can even set it up that a direct mail will happen automatically to new followers. (I don’t recommend that, though!)

A Twitter moment is how you can create a story on Twitter. Rather than collecting accounts in a feed, you connect different tweets into a slideshow. Sometimes Twitter will do this for you, showcasing the most popular, or influential, tweets from your regular feed. These moments can be shared with your followers.

One way how to use Twitter is with reused tweets. Because Twitter’s news feed moves quickly, you can re-tweet frequently. While Twitter frowns on repeated tweets, they encourage you to retweet, or tweet again, your own or other people’s posts. The more you retweet a post, the higher the chances that it will be seen by more people. The key to using Twitter is to tweet often!

Twitter allows you to use a scheduler for your tweets. That saves you a ton of time and energy. It also keeps your presence on Twitter active, so that other users will be more aware of your account. You’ll still want to monitor for mentions, of course. And part of how to use Twitter does mean going on to respond to other people’s tweets, to retweet other people’s tweets, and to tweet in real time. After all, you want to show that you’re a real person on Twitter, not just another bot.

Twitter has a real problem with bots. There are so many out there, and there are companies that will sell these automated accounts to inflate follower counts and retweet or favorite tweets. That makes some tweets more popular than they should be, and makes some accounts seem more influential than they really are. Be careful of accounts that follow a lot of people, but don’t have a lot of followers. They could just be a new account, but more likely, they are a bot.

Twitter is a real-time social media platform. That’s one reason why it’s easier to use on a mobile device rather than on a computer screen. It’s meant to be interacted with frequently. You can use it to keep up with industry trends, popular ideas and customer questions. You can also use it to provide instant feedback, respond to reviews and problems, and create customer loyalty easily. It’s a lot easier to connect with people when you get a response right away. That’s how to use Twitter for your business, by taking advantage of the now-ness of Twitter. 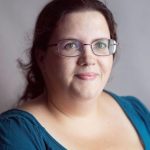 I’m Sarah, the single WAHM behind the blog. I’ve been working from home for over ten years, while raising children and helping others do the same.

XeraSupport was my brainchild after my divorce in 2014. I wanted to offer more tangible help to WAHMs with design, tech support and strategy. I love seeing new businesses take off!