No matter how you’ve gotten the products you’re selling, there are some basic steps you need to accomplish in order to sell the product: create, package, market, sell.

What kinds of products will you sell?

In general, there are two different kinds of product-selling businesses. First, there’s the products that you create or design. These are original, and you’re involved in every step to go from idea to manufacture, as well as all the other steps to your business. The second way to sell products is to sell someone else’s products. So you’ll buy cheap and sell higher for a profit.

You can do both of these from home, without needing a physical store. However, some kinds of products (ie baked goods or food items) may have local laws that apply, so do be careful about zoning. And you may have to deal with things like zoning and parking, if you’re working out of your home.

Let’s look at some example product based businesses:

Nancy is an amazing cook. Her cookies, cupcakes and squares are in high demand at church potlucks and picnics. She’s made up trays of her baked goods to sell at school fundraisers. She decided that she was going to explore turning her kitchen skills into cash.

First, she went to her local small business center at city hall. She found out that in order to sell food items directly to the public, she needed access to a commercial kitchen, that was regularly inspected by a public health agency. While she could possibly use her church’s kitchen, she decided that would be more work than it was worth, at this point.

She also found out that while she couldn’t take orders without that kitchen and inspection, she could sell her ready-made products at the local farmer’s market. She contacted the organizers of the market, and rented a table. Then she bought supplies, printed out some home-made labels listing the ingredients and got to work. 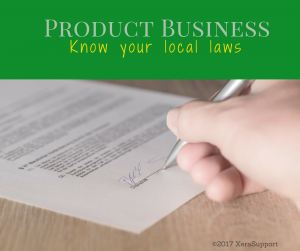 On her first market day, she set up her table and displayed her goods. She had told all her friends from church and school that she was going to be there, selling her famous cookies, cupcakes and squares. Her table had a tablecloth and banner with her simple business name: Nancy’s Treats. She had gotten a little bit of change from her bank, and had it in a moneybox out of sight. She also had a thermos of hot coffee and a pitcher of lemonade, with some paper cups. And she had her two young boys with her. They were in charge of the drinks. She thoughtfully put out a small plate of samplers beside the drinks, and gave those away for free with drink purchase.

The first day was a huge success. All her friends and family came out to support her, and she sold out quickly. She made a modest profit. So over the next week, she set aside another day, and baked up another round of goodies. This time, she made a few more packages. And the next market day, she was there again, with her table and drinks and kids, ready to go.

This time, she had fewer friends and family show up. But she still sold out quickly. It turned out that there were a few people last week that were regulars to the farmer’s market, and had sampled her free cookies. They became raving fans, and had come back early to buy her treats. The quality of her product soon became very well known at the market, and her little business turned a tidy profit, every week.

Jennifer was an avid crafter. She knitted. She sewed. And she even crocheted. She made her kids’ Halloween costumes every year. And you could always count on a cute little handmade item from her at Christmas. One year, when she needed a little extra money to buy some special presents for under the tree, she decided to make up aprons, bags, and dish towel sets for a local craft fair.

To her surprise and pleasure, her items were very popular. Her skill was evident in every design. Her customers began asking for her contact info, and if she took custom orders. At first, she was hesitant, but then she realized that here was a business opportunity.

Soon, she had a Facebook page up and running, selling her handmade crafts and taking orders. She became very efficient, and built up an inventory of handmade items. But it was well into summer, and her sales were slowing a bit. So she looked for another platform to sell beyond her local market. 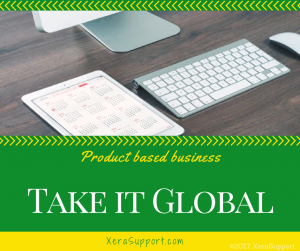 Etsy was the solution to her problem. Here was a ready-made online store. All she had to do was open her account, list her products, and figure out her pricing and shipping. She quickly got all set up, and began to list her products. Jennifer soon realized that effective listing included great photographs. She turned to YouTube for a quick tutorial on how to take amazing product pictures. And the orders began to come in.

There were a few growing pains. She had to adjust her time and shipping guarantees. She also had to figure out how to manage the store as well as create the products, package and ship them out. She ended up hiring an assistant to help her with some of the administrative tasks, so she could concentrate on manufacturing. But still, despite her expenses, she made a decent income for her work.

Matt was an enterprising young man. Still in college, he was juggling a part time job, a full course load, and a social life. But he didn’t want to graduate with a lifetime of student debt. And he didn’t think he could handle another job. He knew you could make money selling things on Amazon, so he opened a seller’s account.

At first, he listed his old textbooks. He learned how to price competitively, and how to use keywords to make his listings stand out. He also figured out that he didn’t need to take his own pictures, because Amazon did that for him. So he started canvassing yard sales, book sales and thrift stores for books to resell on Amazon. However, holding an inventory was really starting to cramp his style in his dorm.

He noticed that Amazon sold many things, not just books. He began perusing the listings, taking note of what sold quickly. Then he noticed that many sellers were selling things located in different countries than the seller was based in. One seller based in Ohio regularly sold things being shipped from Hong Kong.

Matt contacted the seller. The seller told Matt that he simply resold items from a supplier based in Hong Kong. When someone bought from the seller’s listing, he would place his order with the supplier, who would then ship direct to the customer. Matt liked this idea. He didn’t have to handle any products himself. He could just do it all on his computer.

He began to shop around for wholesale suppliers. He found several, and checked over their product lists. He looked for reputation, quality, and of course pricing — and he was smart enough to include shipping in his price comparisons. He picked a few suppliers and products he liked, and then looked for comparisons on Ebay and Amazon. He wanted to see if there was demand for those products, and if there was a lot of competition. 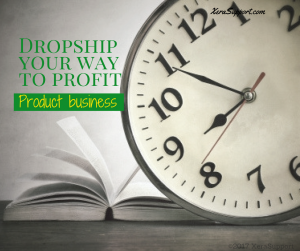 When he’d decided on his products, he approached the suppliers he had chosen. They asked him for a tax ID. So he had to go to his local small business office, and figured out how to apply for a reseller’s license or retail license. Once he had his number in hand, he finished opening his account with the wholesaler, and then started listing his chosen products online.

Lucky for him, the supplier allowed him to use their product pictures in his listings. That gave him a professional look to his e-store. Soon he had his first buyers. He placed his order with the supplier, collected the money and paid for the product, and kept his profit for himself. The supplier shipped the product on time, and the buyer gave him a great review. He was in business.

There were a few hiccups, of course. When an item got lost in transit, he lost some money when he had to issue a refund. There were also the fees from the sites he was selling on, but he soon adjusted his pricing. He learned how to better list his products, with more effective keywords. And soon, he was getting enough orders, his suppliers were giving him discounts based on volume. His income grew rapidly.

It’s easy to financially understand a product based business. It’s just a math equation. The price of the product minus the cost of obtaining the product and selling it equals profit. And there are many places and vehicles to use to sell products, none of which require a physical storefront. You don’t even need to have a skill or talent to be able to sell products online. Is a product based business for you?

Success! Now check your email for your business plan checklist!